Taking a test can be a painful experience. Not knowing an answer or feeling unprepared can cause enormous amounts of anxiety. There’s a saying that if one doesn’t know the answer to a question, just take a guess. Well, it turns out there’s a better option: write down something hilarious. There’s nothing better in this world than funny test answers. Of course, a funny answer is probably the wrong one.

Thousands of people each year take tests ranging from young kids to college students. Each group has a different sense of humor and gets all kinds of laughs. For instance, a funny kid might give a hilarious answer because they’re being honest. On the other hand, teenagers like to be smart alecks with their clever answers. Sometimes, the person is writing a genuine answer that happens to be a hilarious mistake. Then there are the college students who buckle under the pressure and use humor to deal with the stress. One way or the other, they’re funny test answers. 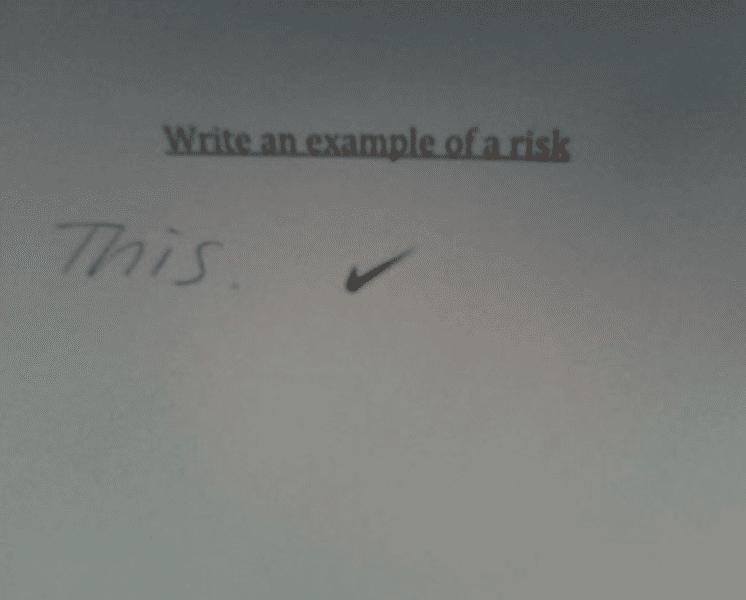 Runt of the Web

Undoubtedly, “This” is one of the funniest test answers in history. The teacher even agrees that the clever answer is the right answer. Well, it turns out taking a risk does pay off. There’s really no bigger risk a person can take on a test. 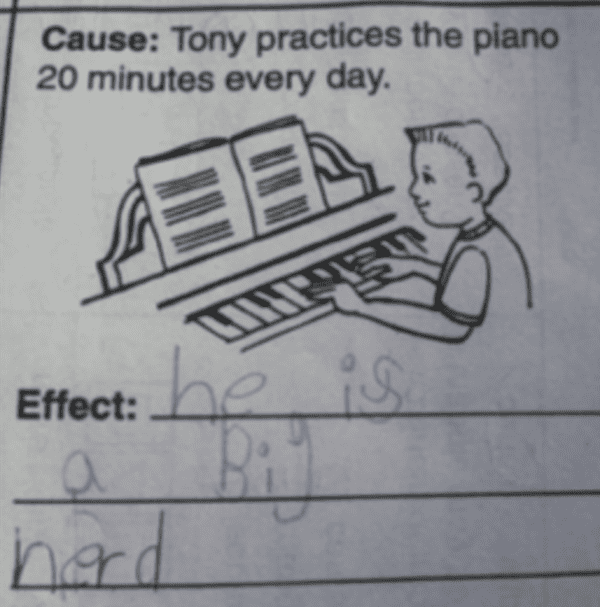 There’s a good chance this student got the wrong answer. Regardless, it’s a hilarious test answer that’s good for a laugh. The student might be a smart aleck, but they have a point. 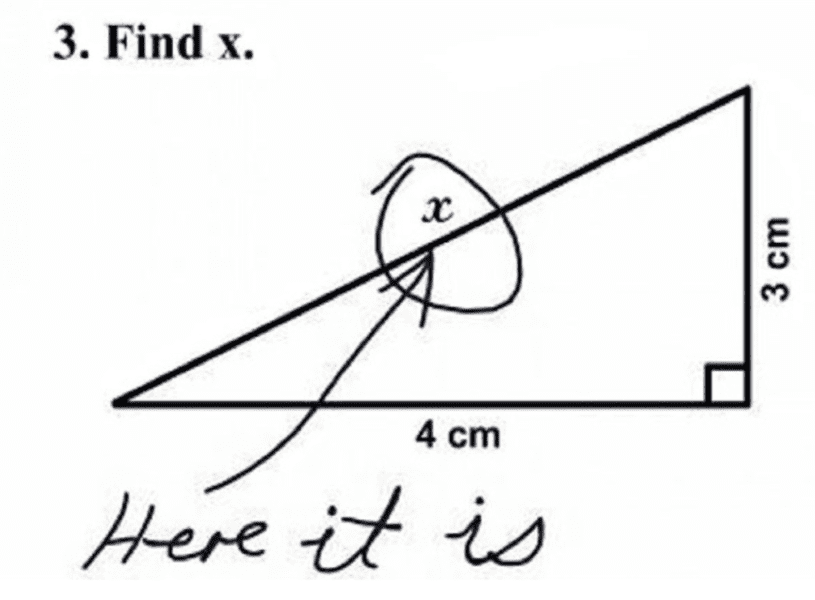 Someone got a little clever when answering this test questions. To be fair, they have done so correctly, although it’s probably not what the teacher had in mind.

4. Science of the Living 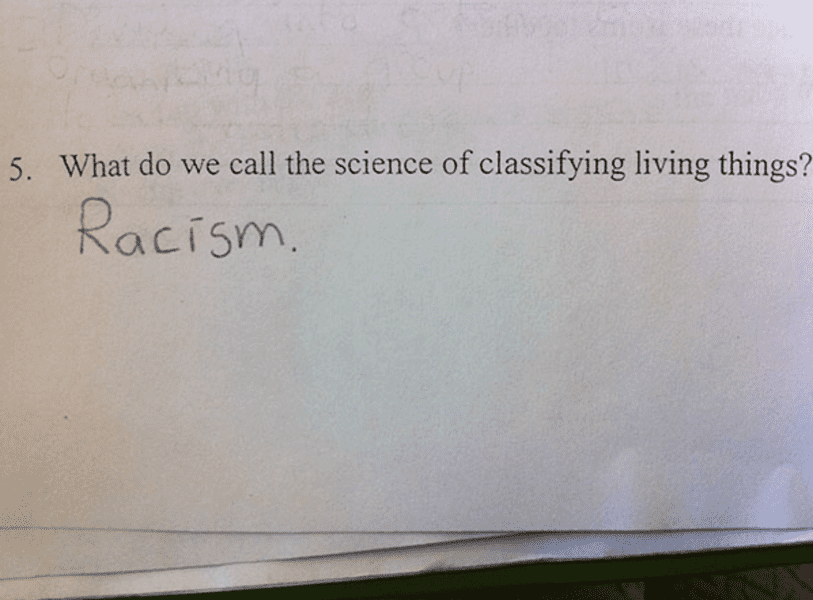 It’s great when a student gives a funny exam answer but still manages to make a point. They could have written any silly word if they just wanted to get a laugh. Instead, they give an honest and mature answer that’s still funny. In this case, the teacher agrees with the student that racism is a suitable test answer. 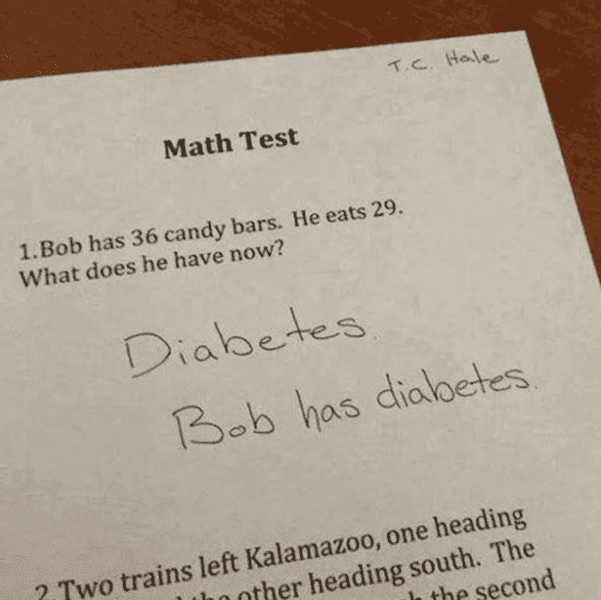 High school students frequently give funny test answers with a bit of creativity. In this math question, the teacher wants to know how many chocolate bars Bob has left. However, the student is more concerned with Bob’s health.

6. The Strongest Force is Love 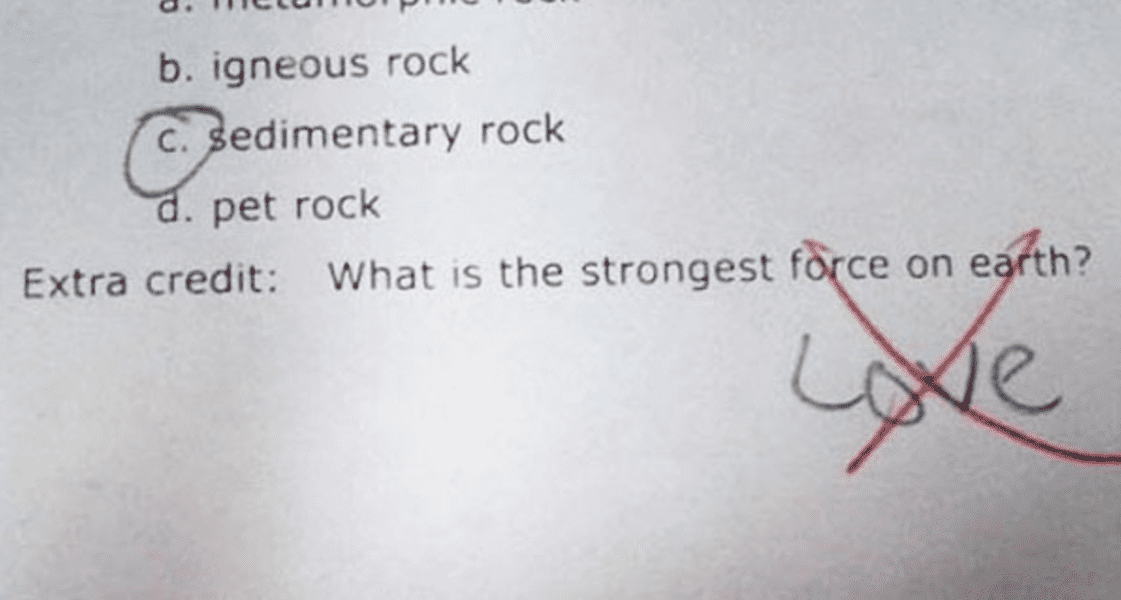 Love is the strongest force, but the teacher wants a different answer. Rarely is a funny test answer both so wrong and right simultaneously. The teacher doesn’t seem to appreciate the humor in this one either. Maybe they need a little love in their life. 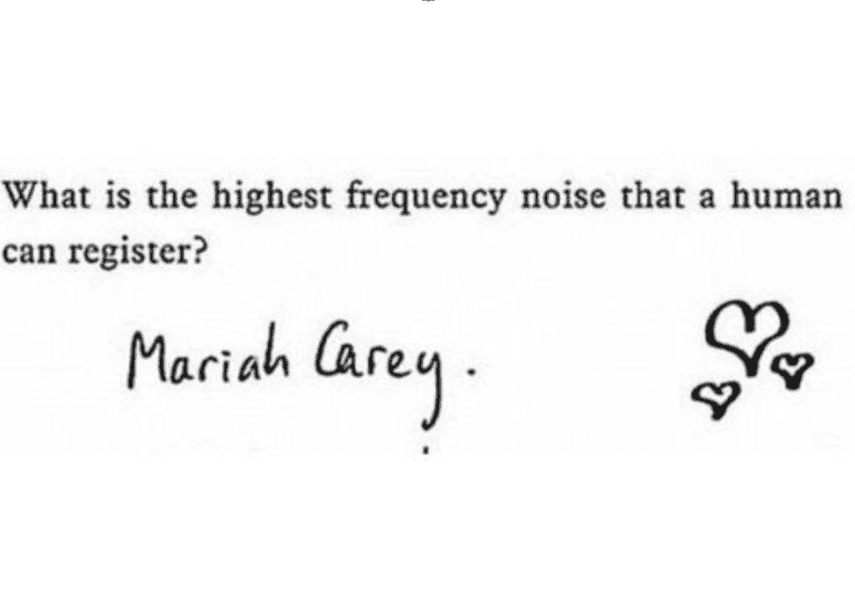 Initially, it appeared there would never be a situation where “Mariah Carey” would ever be the correct answer on a test. However, the answer makes perfect sense. There’s really no other choice other than Mariah. Hopefully, the teacher gave the student bonus marks. 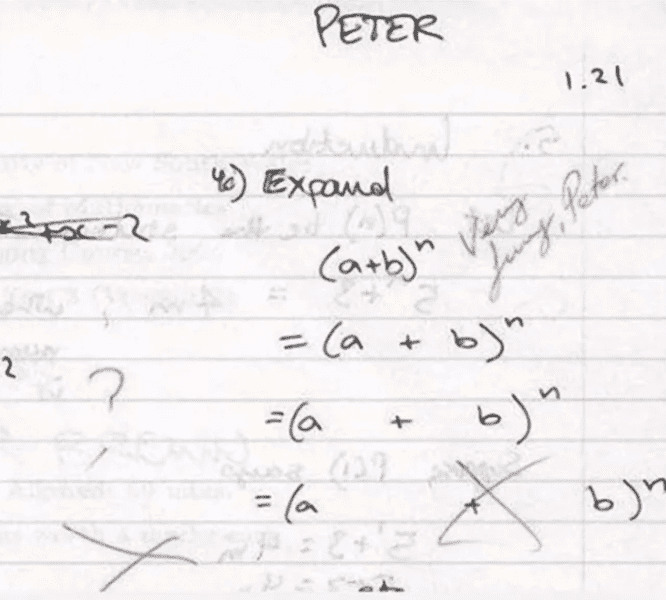 Nothing brings down a kid’s day more than a math test. Math is a challenging subject regardless of age, so it’s always essential to have a sense of humor. Here, Peter literally expanded the math problem instead of solving it. Even the teacher agrees that this is one of the funniest test answers. 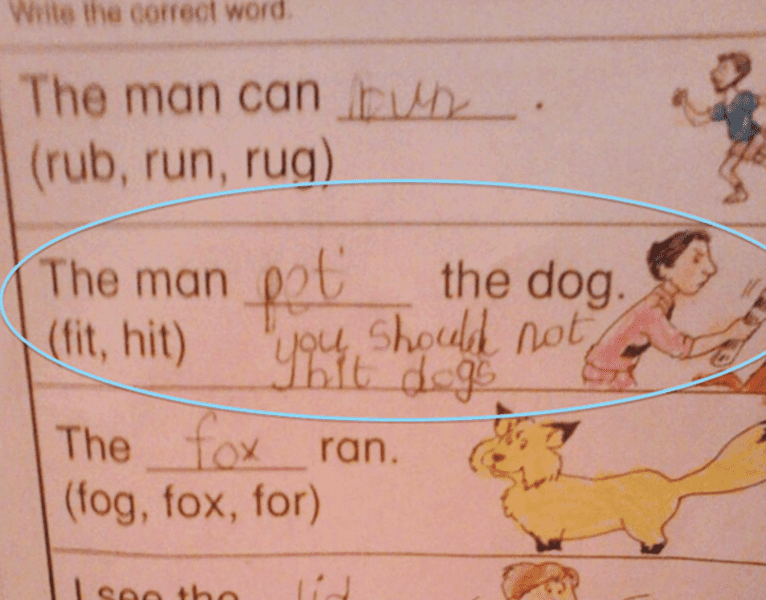 Despite being a funny test answer, the student makes a great point. Kids might say the darndest things, but they also know right from wrong. This little kid is absolutely correct that nobody should hit dogs. It’s never the correct answer. The best part is they write in the answer “Pet.” 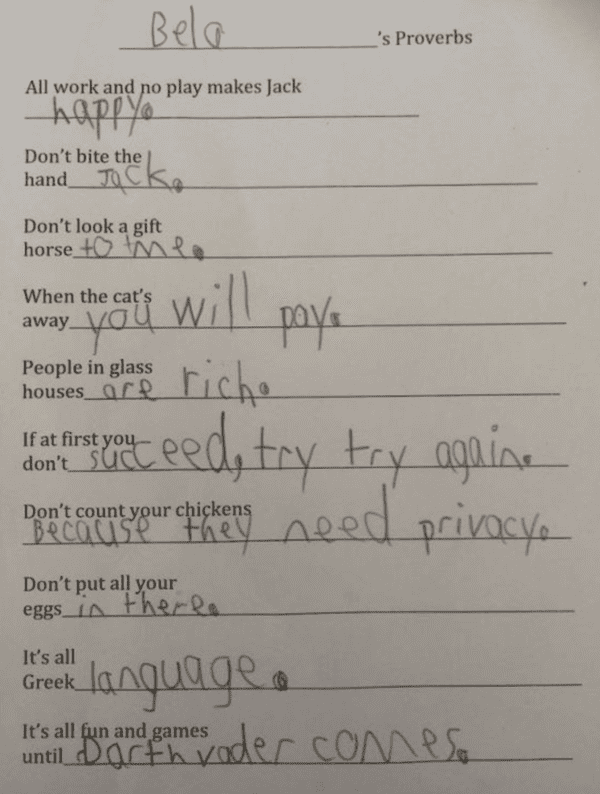 Some students might give one or two funny test answers at the most. However, this student went all out and gave several hilarious answers to serious questions. Some of the answers are silly, and some make a great point. The last one is very accurate. Darth Vader always ruins the fun and games.

Another Tragic Mass Shooting in America