Deel, the multi-million dollar startup that allows you to hire around the world, and the serial entrepreneur who brings it to Mexico

Pepe Villatoro He is one of those must-see figures in the Latin entrepreneurial ecosystem. In his long repertoire as an entrepreneur, he stands out for being part of the co-founding team of Fuck Up Nights and being responsible for WeWork’s expansion in the region, creating the fastest growing market here in Mexico.

Today Villatoro adds another challenge to his extensive resume, leading the growth of Deel, a startup focused on payroll management for remote teams, in Mexico, Central America and the Caribbean.

This emerging company had an explosion of growth due to the boom in telecommuting caused by the pandemic to the point of reaching unicorn status in April 2021. In fact, recently in October it announced the lifting of a Series D investment with which reached a valuation of 5.5 billion dollars.

We caught up with Villatoro to find out how this serial entrepreneur plans to grow this unicorn in Latin America and why Deel’s model is suitable for the region.

ENTREPRENEUR (ENT): You are a key figure in entrepreneurship in Latin America thanks to the history you have with Fuck Up Nights. Tell us a little about what Deel is and why you decided to join this startup.

Pepe Villatoro (PV): Deel is a fintech and human res platform that helps companies recruit talent anywhere in the world.

Before, companies and startups could not or did not know how to hire in other countries and had to have a subsidiary with a local payroll that would carry out the administrative and financial operation, something that can be expensive and slow and only accessible for large corporations. . Now with Deel, for example, if you find yourself with a great Colombian talent and you don’t have an operation there, you can hire him in two clicks since it does not involve international finance, notaries or lawyers.

With the pandemic, this model exploded because companies forcibly moved away and their work paradigm changed. For example, in Fuck Up Nights that happened to us. We only hired at the offices in Mexico City or in Mallorca in Spain and it was like “If you can’t move there, I can’t hire you.” With the pandemic we became remote and approached Deel and now we can contract in Argentina and other countries in seconds and with cost savings.

The market exploded and the story of Deel in short is that a Series A was raised in June 2020, a Series B three months later and a Series C in April 2021 already with unicorn status. In October we announced Series D with a valuation of $ 5.5 billion. Hence, Deel became the fastest growing software as a service (SaaS) company in sales in human history.

ENT: What was it that attracted you to this company? You are a serial entrepreneur, as much as we may have one in Latin America.

PV: In Fuck Up we are doing very well and in a nutshell I was not looking for “work” [laughs]. Deel went through Y Combinator and did very well and another CEO of one of their companies, Nico Barawid de Casai, put me in touch with Alex Bouaziz, CEO of Deel, because they were looking to expand in Latin America. And that’s where my profile connects a lot with Deel because my experience in scaling companies came from growing Fuck Up Nights with a B2B model, selling to Human Res teams of the world’s largest corporations in dozens of countries and part of that had . to expand WeWork in the region, creating the fastest growing market here in Mexico.

When I met Deel I realized that he was a rocket ship and thought, “If I don’t join in, in two years I will regret not having been part of the creation of this story.”

It is a very transparent company, very humble, very focused on technology. And the most beautiful story is that only Mexico, the Caribbean and Central America, the market that I lead, is once again the fastest growing market for the company worldwide.

ENT: It is very interesting because the company as such only emerged in 2020 and they arrived in Mexico at the beginning of the year, if I am not mistaken.

PV: International expansion began in October 2020 and I entered in February to lead Mexico. It was the fastest launch in terms of income because the country is “on fire” in every way: we are one of the largest economies in the world, we have THE largest economy in the world as a neighbor with whom we do a lot of trade (where Deel fits in perfectly), and also, Mexican companies are looking for very good technological talent – be it support or whatever – in other Latin American countries, Spain and the United States.

Mexico is also a great pool talent, which is why companies around the world hire Mexican employees. We are a key center for Deel, one of the Top 5 in the world, and also, with the wave of venture capital currently in the country, there are many startups growing and they are in a war for talent.

We have managed in these months to have 30% of unicorns and soonicorns (companies about to reach 100 million dollars in value) because we add a lot to their value. 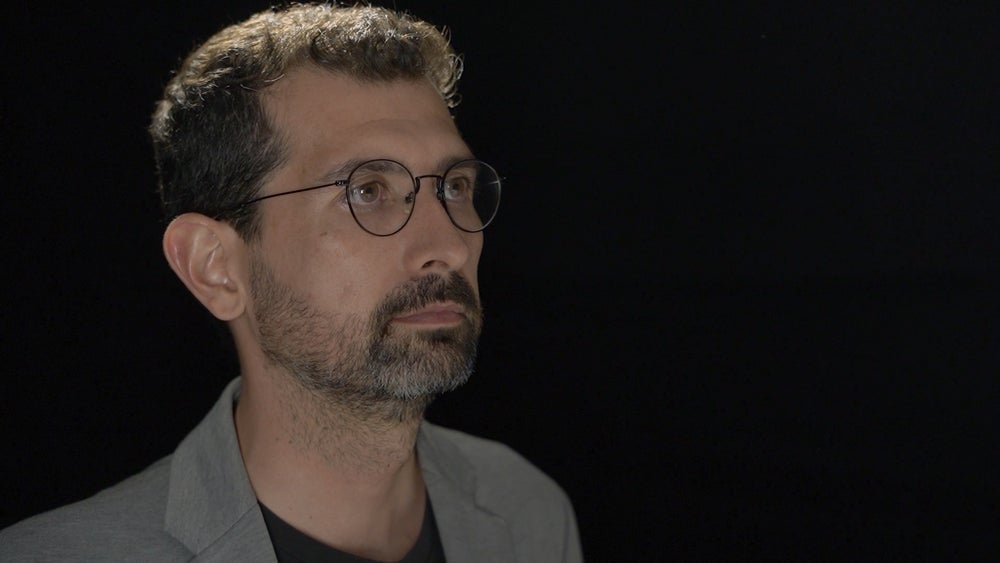 ENT: Tell me how they work. Your business model.

PV: Normally, a company from any country approaches us because it wants to hire a team in a region where it does not yet have a local payroll, but the talent is very good and it wants it in its ranks. Then the company enters our platform to create the profile of its company and generate contracts in seconds, either for service providers (contractors) or fixed. The employee also has his own login in Deel and has a better experience because he has all the information, benefits, advances that do not cost the company, withdrawals in cryptocurrencies, various added values, etc. And the company has all its foreign payroll. centralized in a single platform with good financial and accounting control.

Before you had to make a PayPal transfer one by one or send money to the country with many financial complications. Now a single transfer is made to Deel and payroll is distributed to all employees around the world in the currency of their choice instantly. We charge a monthly rate per person hired per month.

ENT: Is this model worth continuing when, apparently, we are about to enter the full hybrid scheme?

PV: That’s a good question. The paradigm has already completely changed. Deel’s market, that is, companies that dared to hire talent in other countries, exploded with the pandemic and thus a large part of the market will remain and generate a new payroll industry worldwide.

What happens is that companies have already realized that if you force someone to return to an office when the position does not need it, people quit. A LinkedIn survey found that 45% of people who were forced to return to face-to-face work either quit or are actively looking for another job.

Hundreds of companies from all over the world approach us every day saying “I have to be prepared to have remote work” and when they already think about it, they decide to open up to talent from all over the planet.

Then you add the layer that you are not going to force the best talents to return to the office even as a joke and that we are increasingly digital nomads, companies must restructure.

ENT: 2021 continued to be a very difficult year, but also very kind to the Latin American entrepreneurial ecosystem. What is the panorama you are seeing from Deel?

PV: Like Deel, we see barbaric growth because the money available to risk capital it has already exploded in the region and it is not going to go away and it will be necessary to invest in the next decade. Latin America is having a boom In this sense, because before they did not turn much to see us because it seemed that large companies would not come from here. Now the international market is realizing that there is infrastructure, there is talent and it is also growing brutally in key industries.

Every day there is better talent and we have the privilege of working in the best startups in the world and that is a great school. And with valuations and IPOs taking place in Latin American startups, many angels There are emerging, not just potential founders, but people who are doing very well with the stock of the company and are starting to have a multiplier effect.

ENT: Obviously in the US they are seeing it more clearly than in Latin America: the Great Renunciation . What is Deel’s role vis-à-vis the demand of millennials and Gen Z for higher paying jobs?

PV: Although the figures are clearer in the United States, the Great Renunciation does exist in Latin America. Yes, there are a lot of people on the move, but historically the number of people working remote jobs is less than in the American Union because there are more agricultural or service jobs here. But the very positive side is the democratization of opportunities. It sounds very cliché, but it is reality. Before, if you were not in Silicon Valley, New York or London, you could not access a “job” with the best opportunities in the world and today it is possible.

Also, if you are from Latin America you are a “todologist” because you have seen everything and are used to working with people from all over the world. You are a MacGyver because you are much more capable of fixing things than other more privileged employees.

That moves us a lot at Deel because there is finally a global trend that levels the playing field for developing countries that sometimes touches us worse. We are also highly motivated to support the employment of people with disabilities, single mothers or people who would be exposed to discrimination and who were previously sadly marginalized. It does not mean that it has disappeared, but it has been reduced.

ENT: How is the experience of starting a new business for you?

PV: Something that I have noticed while my gray hair has grown [laughs] is that what moves me is the theme of creation. It is not the noble title of founder. If I can be part of a group of inspired people who are changing the world, that can be more valuable than creating something of my own that does not have as much projection. As long as I am in a situation that allows me to be part of something bigger than myself, that’s where I consider myself an entrepreneur.